Skip to content
Due to high levels of traffic on the site, shipping may take slightly longer than usual.
Search 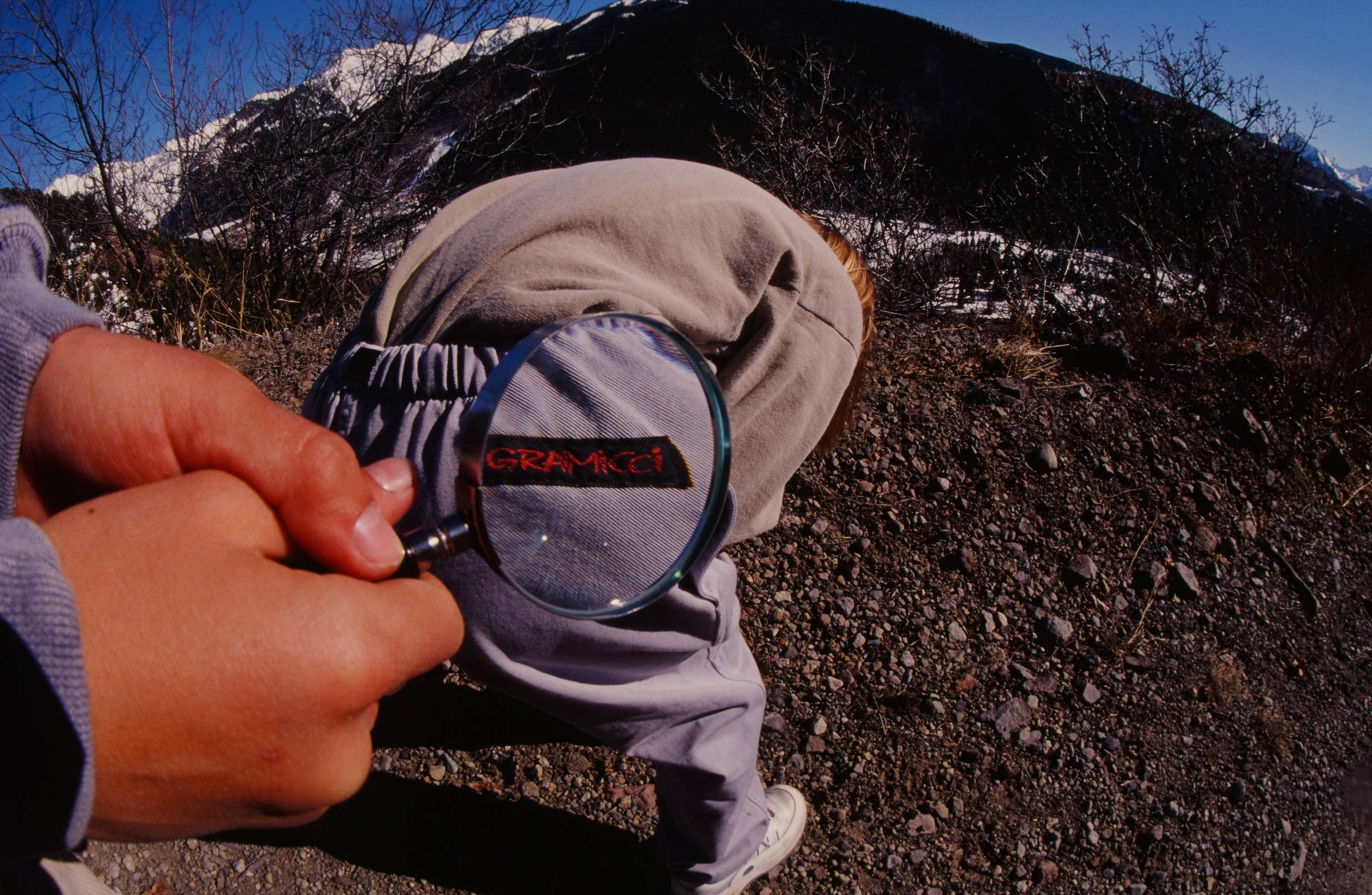 Since 1982 Gramicci has been making functional clothing for life in the great outdoors. Built for movement, and loved by countless cultural movements—what started out in a garage in Ventura, California has travelled to the streets of Tokyo and beyond.

It’s easy to take all that heritage for granted, but sometimes it’s good to look back on what you’ve done and where you came from. With that in mind, here’s a rough history of Gramicci—an American outdoor brand, now based in Japan, with an Italian name…

The story starts in California in the early 1970s. A new generation of free-spirited dirt-bag rock-climbers known as the Stonemasters had taken residency at Yosemite National Park, pioneering a new way of climbing—with a strong focus on speed and style. Slowly plodding up routes with the aid of rope stirrups was ditched in favour of cleaner, smoother movements to create ‘free climbing’—a stripped-back, minimalist form of climbing with less reliance on equipment.

This emphasis on style extended beyond just the way the Stonemasters approached their routes, but also the way they dressed and the way they lived. Fully tuned into the burgeoning counterculture of the day, they took inspiration from a deep pool of influences. Their love of bandanas and paisley shirts came from Jimi Hendrix, whilst their spiritual leanings came from the teachings of Carlos Castañeda. Bruce Lee was another huge influence—with the Stonemasters keen to emulate his honed, muscular movements. 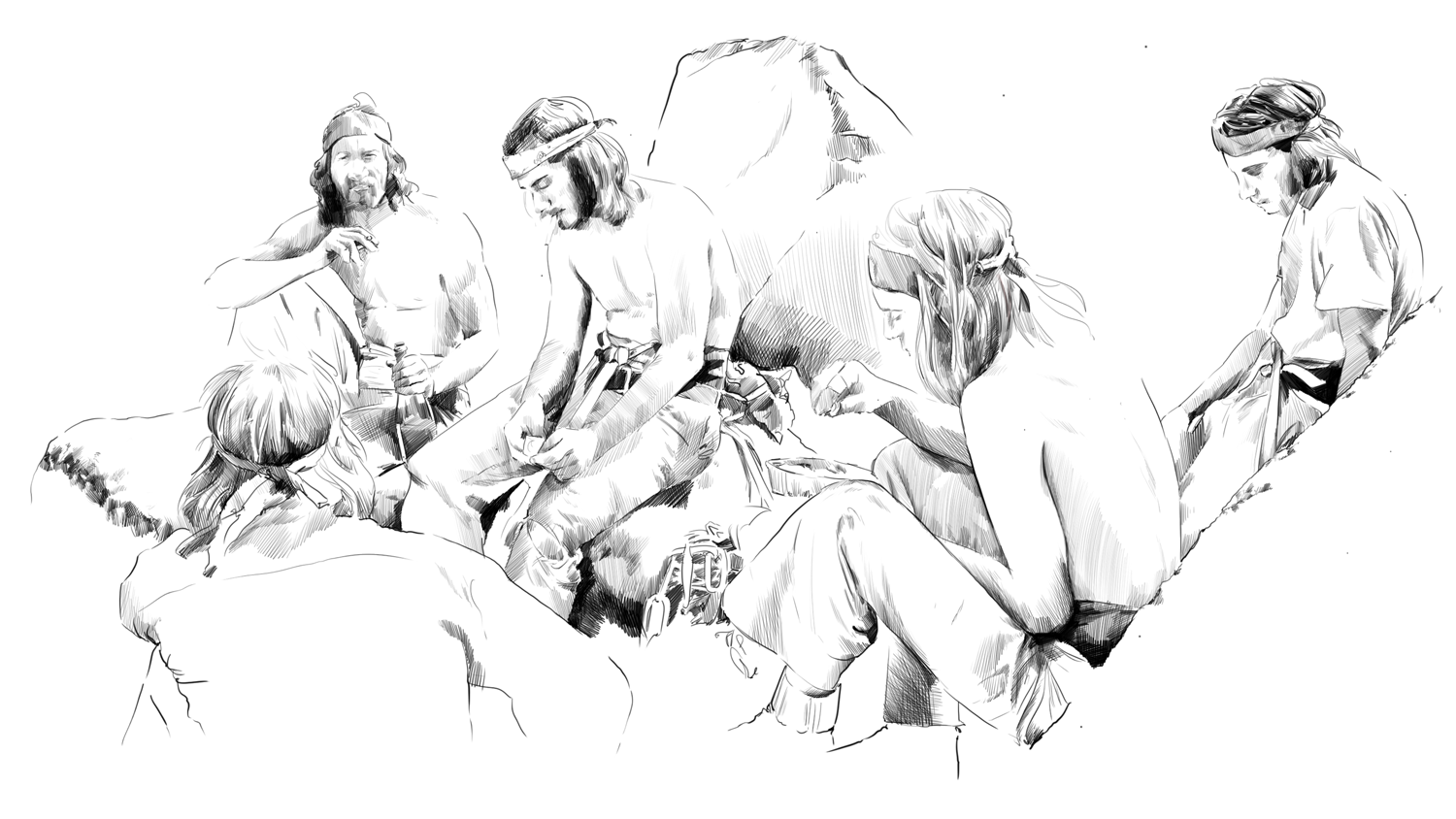 These new methods required a new uniform, and for a few years bright white painter pants, old jeans and olive-drab military fatigues salvaged from army surplus stores were the trousers of choice. These tough utilitarian designs were a marked improvement over the stiff wool breeches and ill-fitting cords worn by the generations before, but as the climbs got harder, something specific was needed.

Mike Graham, a Stonemaster with a keen eye for design, was the ideal candidate to find the solution. Graham had already set up shop crafting lightweight collapsible portaledges for overnight climbs, and when he wasn’t scrambling up cliffs in Yosemite, he ran a small business distributing approach shoes. In his small garage in Oxnard, Ventura, he set about creating the first true climbing shorts. Just as the Stonemasters looked beyond climbing to create something new, so too did Mike when creating his shorts—taking details from a wide range of designs to create something wholly original.

A diamond-shaped gusset found on a pair of kung-fu trousers was added to the crotch for full 180 degree flexibility, whilst hard-wearing canvas—inspired by the work-wear world—kept things sturdy when the going got tough. To keep the shorts fully secure, a nylon webbing belt was integrated into the waist. Taking cues from backpack straps, this cunning feature allowed the shorts to be adjusted with one hand, whilst the elasticated waistband kept things comfortable.

In 1982, after a few years of selling his hand-made wares to his friends, Gramicci was born. Why Gramicci? Well, a few years before a few of the Stonemasters had attempted the first all-Italian ascent of Yosemite’s notorious Half-Dome—even though none of them were actually Italian. Nicknames were soon devised, and Graham became Gramicci. The name stuck and when the time came to give his new brand a moniker, this made-up Italian-sounding word fit the bill.

After the shorts came trousers—and thanks to the network he’d already built up after years of climbing, word of these seemingly-indestructible yet surprisingly-flexible pants—dubbed the G-Pants—soon spread. It’s not hard to see why either. They were tough, they were functional and they fitted well. They looked good too—and whilst lycra was beginning to invade the climbing world—these canvas pants had more in common with work-wear than the day-glo Mr Motivator garb that was starting to crop up on the cliffs.

Unlike some designs, which are so specific they only really have one application, the Gramicci design wasn’t just perfect for tackling difficult routes up rock faces—their appeal stretched far beyond the climbing world—and by the mid-80s a small contingent of surfers and skaters were seeking out these hard-wearing climbing pants with the little hand-drawn ‘running man’ logo.

Things had come full circle, and in the same way Graham and the Stone Masters had plucked painter pants and flannel shirts out of their original context, kids with no interest in scaling big rocks were wearing purpose-designed rock climbing pants.

It made sense really. The exact same details which made them so good out in places like Yosemite, Joshua Tree and Tahquitz made them perfect for any activity that required both strength and movement, and when these young surfers and skaters ended up starting their own brands, many of them used Gramicci’s trousers as the blueprint for their own creations. 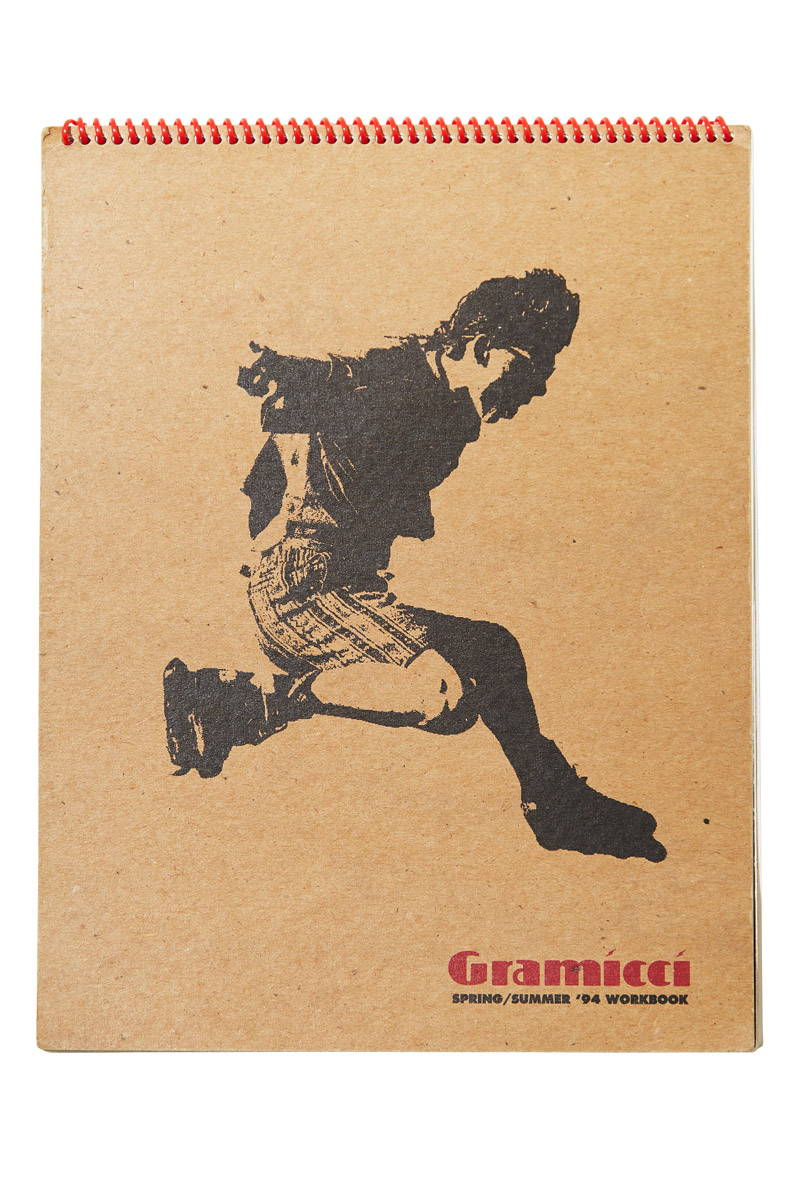 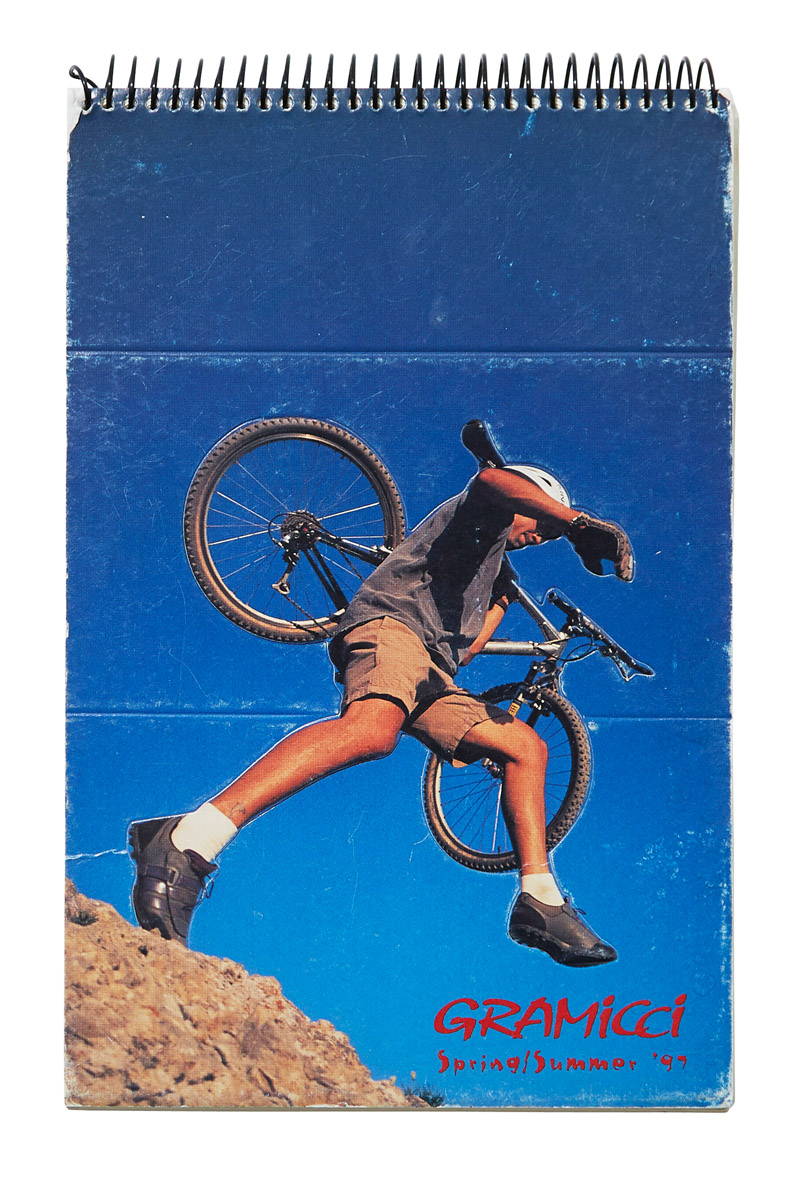 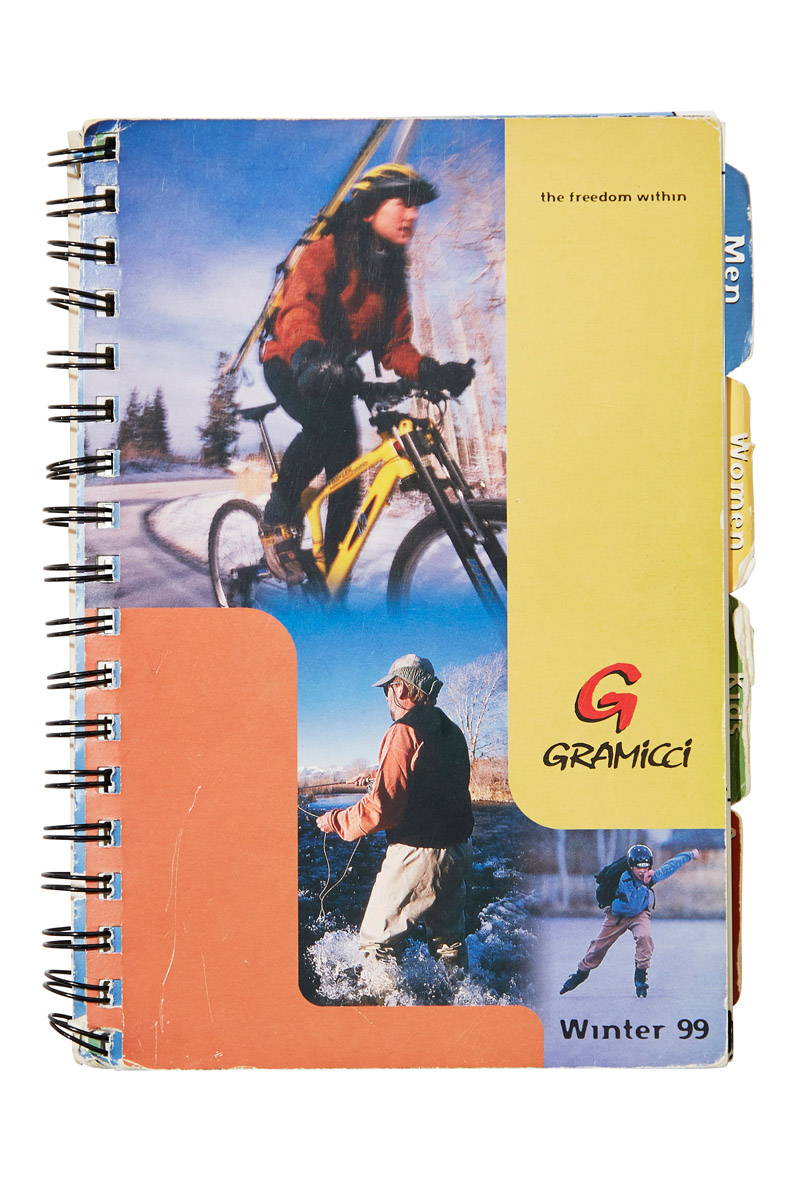 It didn’t end there. As with all truly great functional designs, the trousers also found favour in Japan, and by the early 90s spotting a pair of Gramiccis on the streets of Shinjuku wasn’t unheard of. Those hungry for American counter-culture were creating their own interpretation of the laid-back Western style they’d seen in magazines and on TV—mixing vintage trainers with work-wear, military gear and classic Ivy-attire. Once again, Gramicci fit right in.

It wasn’t long before it became a regular feature on the rails of forward-thinking stores like Beams—and when time came for Gramicci to find a new home—Japan was the perfect place.

Since then, Gramicci has continued to innovate and push new ideas, all the while retaining its original ethos. The signature G-Pants haven’t gone anywhere—but new shapes like the sleeker NN-Pants have been added into the mix—along with progressive technical fabrics and collaborations with like-minded brands such as White Mountaineering, Nonnative and Nanga.

40 years since the first pair of Gramicci shorts were stitched together in Mike Graham’s garage, the song remains the same—it’s original, functional clothing, designed with movement firmly in mind—wherever you’re going, and whatever you’re doing. 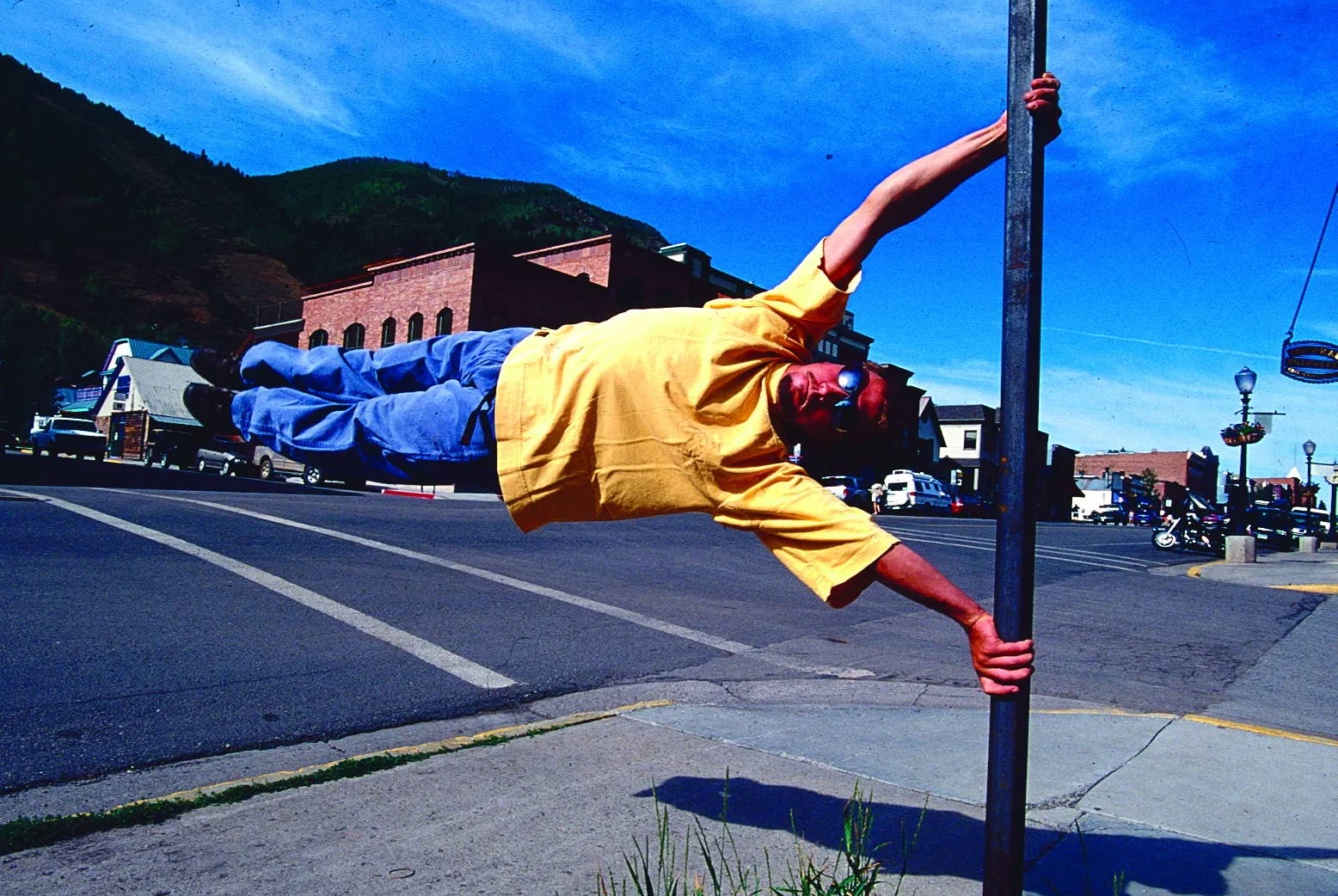